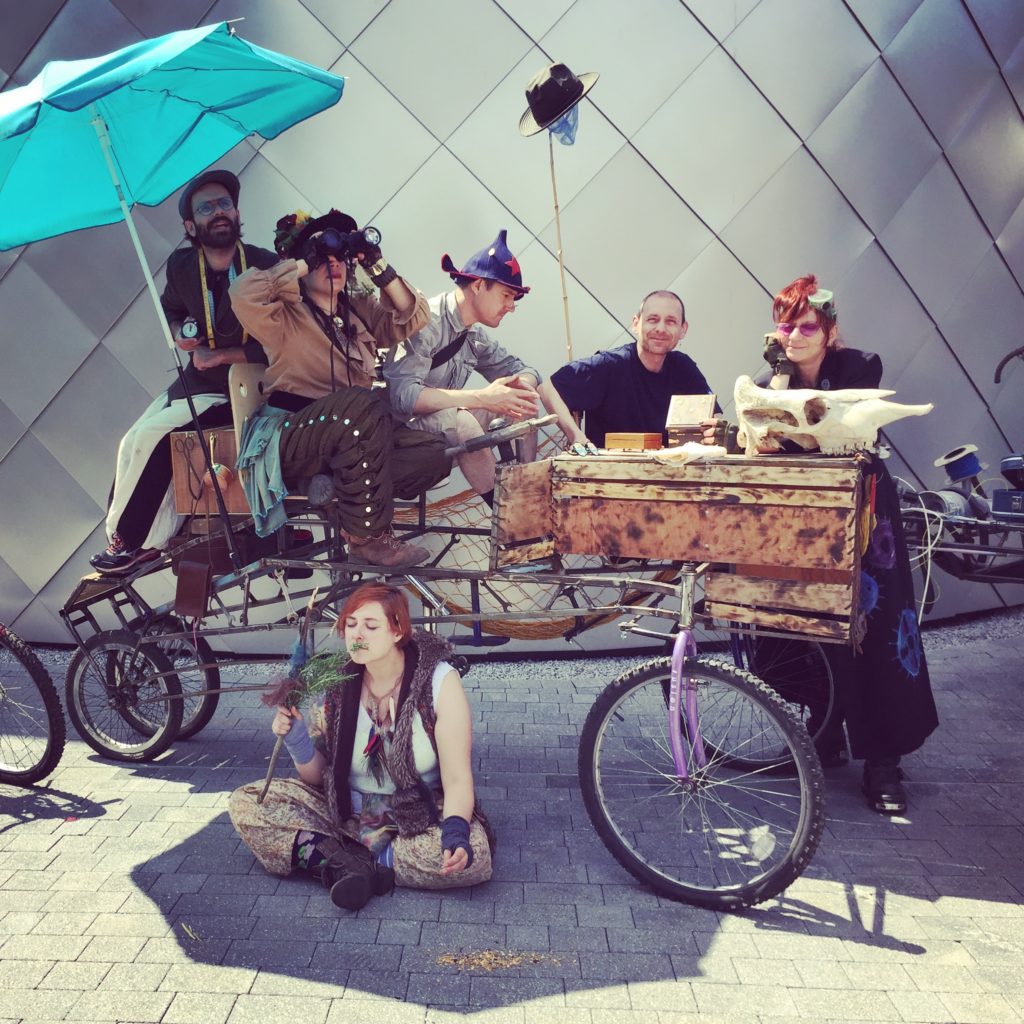 ‘Peddlers Pack: so many things you never saw before’ is a perambulating outdoor show created by Jessica Rost Productions as part of Pedalling Culture, commissioned by Arts & Heritage Alliance Milton Keynes.

The show was presented in 2018, as part of ‘New Work Works’ for  Bedlam Fair, Bath and was also performed at MK Festival Fringe, Winter Droving and LakesAlive! It involves five very individual characters, with some extraordinary offers, and incorporates specially created soundscapes by Stuart Moore. Although these peddlers are very much of present day and place, they have a definite other worldliness about them. 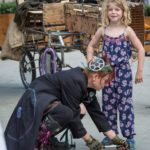 These five engaging hucksters will be hawking the fringes and byways this summer: conducting their commerce, and making connections, interactions and unforgettable transactions – the like of which you could not ever have imagined possible. Come and find them before they find you!

Traditionally peddlers were people who travelled about the countryside selling wares or services. They were often immigrants, outcasts or people on the margins of society. They would offer novelty items, handmade produce or mending and repair services to people who were not able to travel into villages and towns easily.

You’ll find them travelling about the byways, carrying their wares on bicycles and barrows …now seeking bookings for next year.

Meanwhile have a look at the promo film here.