Rost Productions is a collaboration of Associate Artists; performers, makers, musicians, techies and others -under the Artistic Direction of myself, Jessica Rost.

You can follow the company, see what’s coming and find out more by signing up to the newsletter.

And you can learn more about current productions and the latest things I’m up to here.

She is also a freelance producer and director: devising and directing for street theatre, outdoor spectacles, happenings, and events; creating and touring her own work as well as working in collaboration with other artists and organisations like Walk the Plank, Emergency Exit Arts, Handmade Parade, Annual Day Dream Harvest and many others.​ 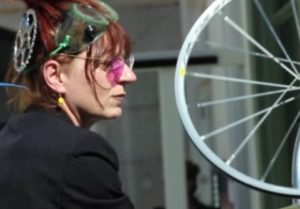 In July last year Jessica was awarded Arts Council funding to develop her practice, as well as an Arts Bursary from MK Community Foundation to purchase tools and equipment. After 6 months of research, mentoring and studio time, she launched the new company, Rost Productions Ltd, in January this year.

Jessica was the Artistic Director and a maker at Festive Road CIC, 2008-2018, where she produced costumes, sculpture, street theatre and large scale puppetry, mainly for the Outdoor Arts.  And as Artistic Director of Milton Keynes Festival Fringe 2012-2017, she produced and curated a dynamic, annual muli-disciplinary festival. She is still an active member of the MK Fringe board now serving as Chair of the Board.

“I first worked with Jessica in 2010 on her Festive Road project for the Cultural Olympiad, this was when I was Creative Programmer for London 2012. She designed and led an excellent and inclusive piece of work which well-deserved its Cultural Olympiad status.  It playfully examined the UK’s relationship with tea and as such, was open and welcoming to many different communities.  The carnival costumes of willow patterned cups, saucers and teapots were expertly executed and very beautiful; they really captured the imagination. After the Games, our paths crossed on a number of occasions, most recently in the process of creating Milton Keynes’ bid to become European Capital of Culture. During this time I had the good fortune to visit the Festive Road Creation Centre which was very much led by Jessica’s drive, creativity and vision. The centre was like a treasure chest of extraordinary beings, all emerging from her wonderful imagination and her commitment to up-cycling and recycling.  It was tremendous for me to see how Jessica grew what was originally a very small company back in 2010 into such a successful creative practice that was truly unique in the UK.” 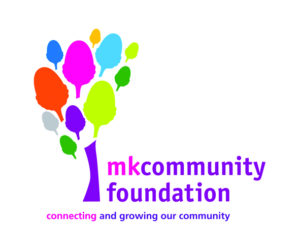 Rost Productions Ltd. is a not for profit company, limited by guarantee.